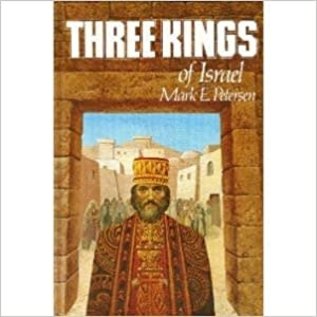 Israel's greatest kings were Saul, David, and Solomon. Each rose like a brilliant meteor in a clear sky. Each had his setting in tragedy. Each was favored of the Lord in the beginning of his reign and rose to enviable heights. But each sinned before God and man, and lost his high status with the Lord. One disobeyed the Almighty from the early part of his regime. He was headstrong, willful, and overconfident. The next was a "man after God's own heart." He became a great and victorious king who freed his people from all their enemies and established a powerful monarchy in Jerusalem. At the height of his career he succumbed to moral temptation. That act led to a worse sin. He resorted to murder as a means of disposing of Bathsheba's husband, whom he placed in the midst of battle, where he was killed according to the monarch's own preconceived scheme. The woman was then taken into the royal palace as a plural wife of the sovereign. So the Lord condemned this king also, and as the scripture indicates, "he hath fallen from his exaltation" even though he had been well beloved of Jehovah. (D&C 132:39.) The third, blessed above all other men at the beginning of his reign, achieved a greatness and a fame unknown before or since in Israel. He was given wisdom by the revelation of the Holy Spirit, and was showered with wealth and power also as gifts of heaven. The brilliance of his court attracted the elite of the world, who came in pilgrimages to see his dazzling kingdom and to bask in his wise judgment and inspired discernment. But he fell, too. Love for forbidden women was his ruin. This seductive connubial affection eclipsed his relationship with God, whom he not only disregarded, but also seriously offended by his repeated disobedience. He raised up pagan shrines and graven images for his heathen wives and brought idolatry into his kingdom in the face of the Lord's specific commandment against it. He put God aside, and the Lord reacted in kind.