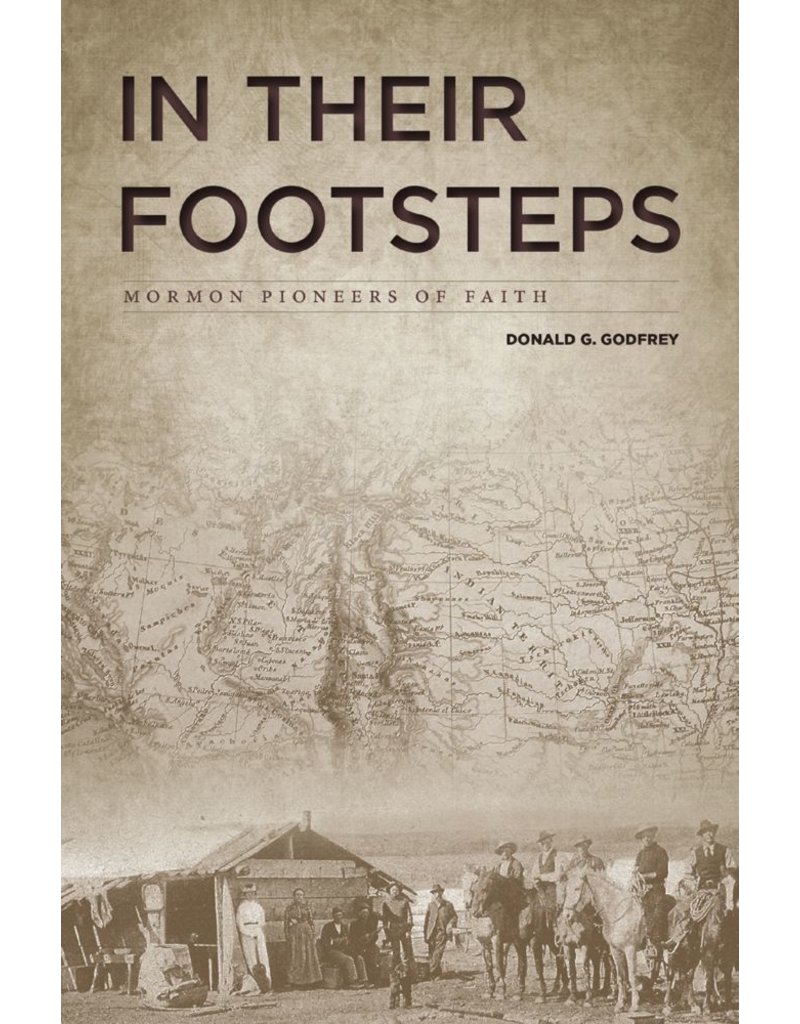 In Their Footsteps: Mormon Pioneers of Faith, Godfrey

This book is a collection of colorful stories of a group of Mormon pioneers and their families who left their marks on their communities, church, and family history. It begins two hundred years ago, with Joseph Godfrey and later Charles Ora Card. Joseph was a runaway boy who became a mariner, sailing the oceans until he was robbed, losing his life's belongings at sea. He and his best friend, George Coleman, crossed the plains on their way to Utah and drew lots to see which of them would join the Mormon Battalion and which would remain taking care of their families. George joined, and as a result he lost his life.

These pioneers crossed the Atlantic, rode wagons, and walked barefoot across the plains to Zion. They suffered the temper of angry mobs. They knew the prophets and contemporary apostles. They grew and flourished in the regions of Salt Lake, Weber, and Cache Valley, Utah; Star Valley, Wyoming; and the prairies of Alberta, Canada. They were simply faithful Latter-day Saints contributing to their communities and their church.