***PRELOVED/SECOND HAND*** The Keys of the Kingdom, Sill

Home / ***PRELOVED/SECOND HAND*** The Keys of the Kingdom, Sill 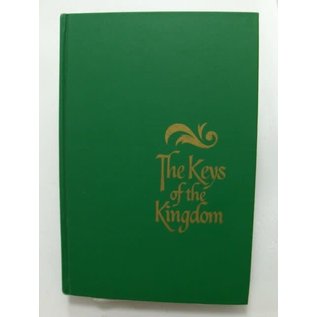 In one of his most important statements, Jesus said, "The Sabbath was made for man, and not man for the Sabbath."  It is equally true that his Church was also established for man, and even the earth itself was created for our benefit.  Brigham Young once said that the religion of Christ was a religion of improvement.  The purpose of life is to bring about our ultimate success and happiness.  And the greatest intelligence in heaven was sent into the world with a detailed set of instructions, which are recorded in the scriptures and tell how we can make the most and the best of ourselves.

Central to the Savior's ministry is the fact that he established his Church, endowed its officers with Priesthood authority, and bestowed on his apostles the Keys of his Kingdom. These are eloquently discussed by Sterling W. Sill in The Keys of The Kingdom.