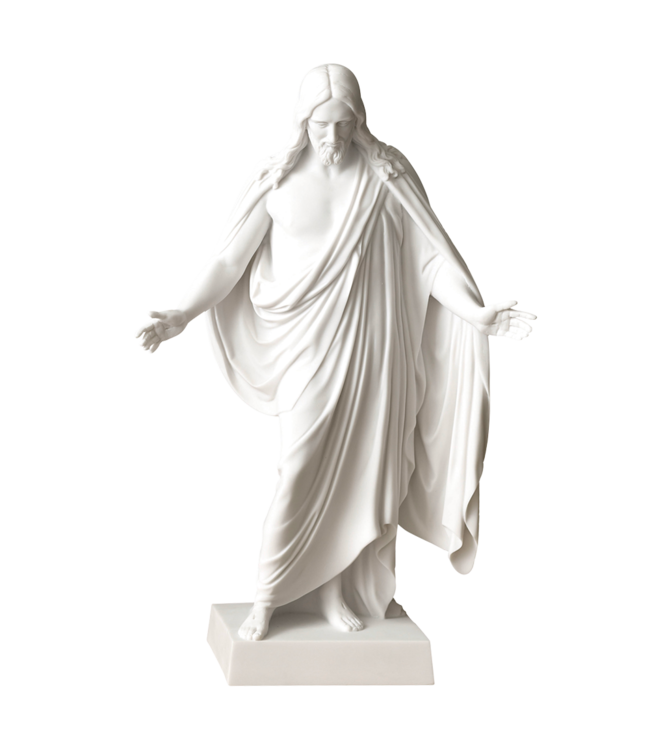 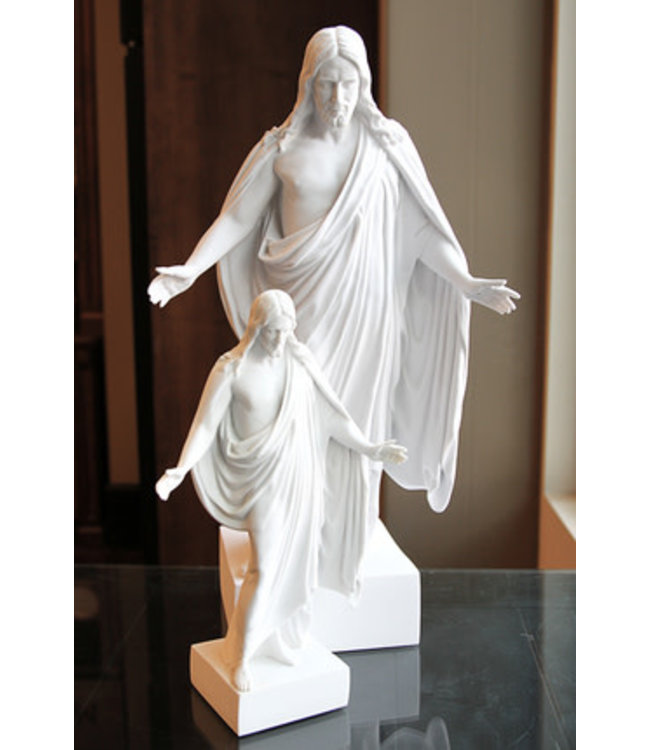 This awe-inspiring cultured marble Christus statue depicts Jesus Christ just as the scriptures describe Him, beckoning to us with open arms in a most pleasant manner, as if saying: “Come unto me.”

*Depending on the marble available at time of production, coloring and shade may vary from picture shown.

The original Christus statue by Sculptor Albert Bertel Thorvaldsen (1770-1844) was made of plaster in 1823 and was used to create the 11-foot marble version in 1839 that stands today in the Church of Our Lady in Copenhagen, Denmark.

Thorvaldsen spent 40 years in Rome. There he made a sepulchral monument for Pope Pius VII in St. Peter's Cathedral and numerous statues in the style of antiquity. While in Rome he also worked on another one of his masterpieces, “Christ and the 12 Apostles” which made him internationally known as the greatest sculptor of neo-classicism.

He returned to Copenhagen where he started and completed his greatest work, the Christus. After Thorvaldsen's death in 1844, the Christus was erected in the Copenhagen Cathedral. This marvelous work of inspired art has now been painstakingly created in exact detail as the original.